On Writing: Rewrite it 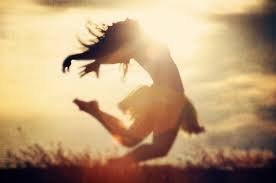 So this it it, guys. The Hard Stuff.

Don't let yourself be fooled by editing. Be extra careful because time is precious and we do need so much time in order to properly write that book we have in our mind!

When you finish that first heart-aching draft, and let it aside for a month or two, it's time for rewriting. Yep, rewriting and then editing because it's not the same. It ain't at all!

Seriously, editing can go on forever but now I know why! And I won't do this anymore!

Rewrite and then edit and maybe you'll have a book that you can proudly say it's finished! I'm heading that way.


I write. I write as much as I can. I write at home, on the road to work, on the bed before I sleep, in notebook and sticky papers. I finish my books, I complete the stories and give my characters the ending they deserve. Mostly I torment them but it's not on me, you know, they tell me their stories, they whisper in my ear. I'm just a simple, humble writer.

But when my story is over and I sit back and breathe, my real problems begin!

It starts with my heart skipping a beat and then I breathe fast. Everything seems to be so hard. Who will read it and tell me his thoughts, who will fix my grammar and stuff that I don't notice (the downside of not writing in your language.) What can I do with it since I can't edit it myself?

I get consumed in so many questions and since I don't have answers, I drown in sorrow and maybe even weep.

When the month passes though and time comes to really take a look at my work, something else happens. I call it magic.

I used to believe that editing is the answer, that I would easily make each chapter better, fix whatever I can and do it fast and almost painless. Well scratch that! It's not gonna happen!

You need to rewrite and by that, I mean blank page.

Create a new Word File, split your screen in half, Left the old manuscript and right the new blank page. Focus on the right and use the left as a guide.

Write like it's a new project, don't stop to read the old stuff, that's old stuff who wants them, huh? Create something new, listen to the new voices that speak to you and if you don't listen to them, then try to shut up and listen harder. They are there, they want the change, close your eyes and focus on them.

Don't rush. Rewriting needs time because you're actually writing the whole damn thing almost from scratch. That's the catch. Almost. So this time is better because you know the story so you know what things to highlight, what to delete and what to improve.

Instead of walking on a dark path, you dance under the sun light, you bathe in light. So dance, jump around, look at the sun, don't be afraid! Let it out, write it down!

This is what I do now with a book I finished a year ago. Yep, it had to wait a while since I was writing another one. But now that the project is finished, I went back to my beloved book and I kick its imaginary ass!

I've rewritten five of the twenty seven chapters so far and it's been like heaven. Nothing is the same but it is at the same time. I don't know how to explain the feeling, but it's working. My story needed it and yours probably needs it too. Don't force yourself to accept the original story you've written when you can make it better. Because you know you can.

Give the chance to your story to evolve and transform and then you can edit the new version. But only after rewriting.

Mark my words, you're gonna love rewriting!
Posted by Athina at 6:24 PM