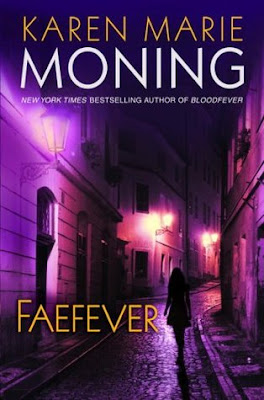 This one is a game changer. And that's why I like it.

Since I read book one and realized that the MC was a blond, Barbie-like girl, I felt the urge to toss it aside and read something else. But a friend was urging me to read it, promising me that the rest of the books will make it up to me.

And it did worthreading it.


This book is the change we waited for, the transformation from Mac 1.0 to Mac 4.0 so whatever you think you know about Mac well think again. She starts acting on her own, not waiting others to do something, she takes the risk  and even if she messes up, it's her mess and her duty to fix things. She seems to know that now. Well we won't see Mac 4.0 until the next book, but this one shows us the change. Prepare us for the inevitable.

And what happens to Mac is truly inevitable, which makes me think about life and the unpredictable factor. You do know what they say about things we wish to happen, right? It's not that everytime the opposite happens, but the odds are never in our favor.

What really got my attention is the lore about Selie and Unselie. I needed to know more stuff and a bit of history was exactly what I needed. Because let's get realistic, so far we just accepted things, now we know why and how some of those things happened. It was good.

Honestly I would like to see more about the Fae but since Mac is pretty much in the dark, so do we but I have high hopes that we will learn more about those creatures. I cross my fingers.

What is really mind-blowing is the ending. Personally I saw it coming since the sings were driving me there, but that doesn't mean it wasn't mind-blowing. Moning starts the book with this exploding statement: I would die for him. And it's not until the end we know for who she would die for.

So we have a whole freaking book to wonder about that until we know, and we feel the world collapsing around us.

It was freaking good.

"You can’t change an unpleasant reality if you don't acknowledge it."

"Depression gets you nowhere but tangled in an overgrown garden that can choke the life out of you."
Posted by Athina at 12:08 PM