What happens when you don’t hold on to a thought 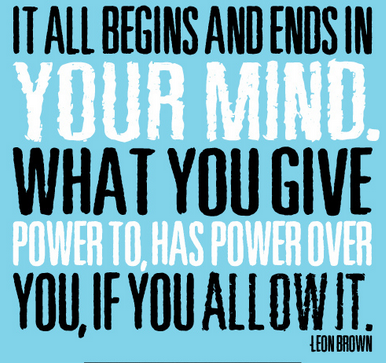 So, you’re working on a novel. It may be your first one or your third, it may even be your fifteenth novel. It doesn’t matter. Every new project is a new challenge like writing for the first time so do not be mistaken … it won’t be easy.

Having that in mind is important. Not because is discouraging or intimidating. On the contrary, knowing that this book, this project, won’t be finished in a week, probably not even in a month, it’s the best thing to keep in mind. So all you need to do is relax and get to work.

Sitting down to write is not always easy. Either because time is limited or you’re just too stressed to do it (or for millions of reasons.) That’s why calming down, freeing your mind from every other thought that is tormenting you, is crucial. When I sit down to write there’s only my MC and the story. It’s like somehow she steps into my shoes and shoves me away. And she’s is an angry one this one, so I don’t dare to stand in her way.

But sometimes, changing your mind or dismissing a thought is the key to keep you writing.

I know, since I’ve been there, that when something is written you feel like it is the perfect sentence, the most amazing scene and at this moment, you hold on to it so tight, not even considering the possibility that it might need to change. Or be deleted.

Those of you who have gone through the editing/rewriting process know that this is not true. Nothing is perfect, not even close to be perfect while you’re on the first draft. It took me a while to accept that thought. When I finished my first novel, Dazed, the one I call experimental novel, I didn’t want to change anything. Not a single comma. Don’t get me started on deleting! It was an unbearable task.

Well, I ended up cutting 30K words since the first draft was 101K and I changed it completely.

So be open-minded and get ready to kill your darlings.

When I say dismissing a thought though I’m not referring only to editing. Accepting new ideas while writing the first draft is the best you can do. Because at that moment of creation, you need to be able to choose your path among a million little roads. Don’t take the highway and pray that it will lead you home.

Let’s say you imagined your MC redheaded. You’re thrilled, you can almost see the beautiful color of her hair, but as you keep writing you realize that the color of her hair is too bright and that somehow is not convenient. Change it! Don’t hold on to it and stall and make your head dizzy.

But I know that most of the times it’s more than the color of the hair or the name of the character. Things are way more complicated when it has to do with the plot. Because plot is the backbone of your story and every decision matters.

I faced such a problem a month ago on the novel I’m currently writing. I had written a prologue, chapter one and two and I still wasn’t sure where the story was going. The vague idea I had in my mind, suddenly felt too complicated. I stopped writing and tried to decide what I should do. I thought how my story would be if I followed that idea and I didn’t like it. My MC would not have the space to unfold herself and I feared it would be a bit confusing for the reader. So I changed my course of action and I opened my eyes to another possibility. With a sour taste of course but now, having written 30K of this novel, I’m glad I dismissed that thought and that I didn’t waste time on trying to make it fit to the story.

I love this story so much already and I still make changes. When a chapter reveals me something new, something I hadn’t thought, I compare that idea to the one I was holding on and guess what … most of the times I follow the new one and so far I haven’t regretted it.

So what happens when you don’t hold on to a thought?

Email ThisBlogThis!Share to TwitterShare to FacebookShare to Pinterest
Labels: on writing, plotting, stories