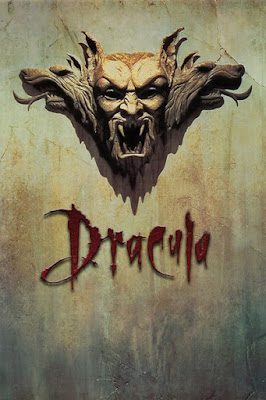 This is a classic read and a book I should have read so many years ago! Guilty, I know!

Dracula was written in 1897 and it's a Gothic horror novel. Of course we've read so many different horror stuff so Dracula did not exactly scare me, but I absolutely enjoyed it!

The story is told by multiple POVs and the interesting thing is that we actually read parts of diaries and letters and I had such a vivid feeling that I was actually reading a true story instead of just fiction!


The book starts with Jonathan Harker who is traveling in Transylvania to meet a count and do business with him. And it's none other than Dracula! It was so funny to read those first chapters where Jonathan wonders why people are looking at him in astonishment as he tells them that he is off to meet count Dracula and he is so confused to watch them cross themselves and mumble some prayer. Having known what was going to follow, I couldn't help but enjoy those parts so very much.

As the story moves on, we meet more characters and follow their stories, some times until they die, and from all the characters that Stoker introduces us, I liked Lucy's story a bit much. Lucy is a fragile woman that gets more fragile as she gets under Dracula's spell. I must admit that I would like Lucy to be more vicious and mean, cause more trouble and force them to hunt her down in a more adventurous way, but it's a book written so long ago and I don't complain.

If we had to have an MC, I say that's Mina. She's Jonathan’s fiancé and bride to be and she's smart and her brain is sharp even when she's in a very disturbing situation. Mina seems to be ahead of her time, she's eager to learn and be useful overshadowing the company of men that surround her. And maybe that's why she's the count's favorite!

Then there's the famous Doctor Van Helnsing! I didn't know that we has a character in Dracula, so I was surprised when he was summoned by John Seward since he was in terrible need of his knowledge regarding Lucy's illness. He is a hell of a character that's for sure.

But so is John Seward one of the men in love with Lucy and a doctor at a mental hospital. He is a very serious and purposeful man with a very interesting patient. Both Renfield, life/animal eater, and John spiced up the book and made it hard for me to put it down.

Of course I couldn’t end this post without mentioning Dracula himself. The count with the big, white beard and the inhuman strength is a legend. He is grand and intimidating. He lives alone in a castle up the mountain, having his brides to control along with the wolves. He is a creature trying to survive over the centuries but he makes the wrong decision to travel in England.

How many books with vampires have you read? How many movies and series have been inspired by this powerful character? I don't really have an answer, but Dracula, both book and character, are history.
Posted by Athina at 2:47 PM