Think Out Loud: A little Ant 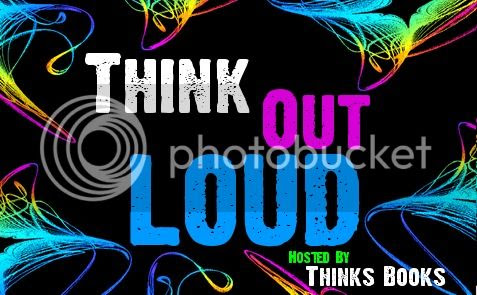 This is Think out Loud. It’s a weekly meme created to help bloggers break out from the blogging bubble. The rules are simple. We post whatever we want and let people know what’s in our mind. Visit the creator on Thinks Books and join too. It’s so cool to share your random thoughts.

It's true. I'm a wreck and I mean, I'm always feeling weak and days pass by like a blur. I feel like someone put me in a washing machine and I'm spinning round and round. I stop for an hour or two and then I'm spinning again, whirl like there's no salvation.

I feel like an ant. Oh, yeah don't laugh. I'm a small, brown ant always working before winter catches up. And there's so many things I need to do!

I wake up in the morning, after some failed attempts to control time, make coffee, pack my meal, take a shower, get dressed and then start running because I'm late and if I don't run I won't catch the train I need to catch. And then I won't catch the bus and then I'll be do terribly late because I need one hour and a half to reach at work so any minute lost is actually twenty minutes lost (the waiting time for the next bust)  which I can't afford.

And the ant is running, going down the stairs, and then squeezes itself in the subway while carrying a big heavy bag, because let's face it, a purse can hold so many things, right? And we all know that the ant can carry way too much heavier stuff, but I'm not actually an ant and so when the door closes behind me and I lean to the small place I'm entitled in the crowded subway train, I feel exhausted!

Fourteen minutes later the ant is going up the stairs, feet hurting, but it I need to keep in shape, so I don't complain, and two minutes later I collapse in the bus for fifty minutes.

And that is only the beginning of my day!

When I reach home around seven thirty, I want to spend some time with my guy, I need to do chores, cook because I need something to eat the next day at work, wash my hair, try to write a paragraph or two, since now I'm editing/rewriting a book, write a post, read some posts, tweet, read my book, spend time with friends, go for shopping because I need to go for shopping. Well, you know how it goes, right? I bet you understand what I'm talking about.

How do people with kids make it through the day, huh? You are superheroes!

That's it, I'm gonna faint on the couch now.
But wait ... it's Friday, so I better get dressed and spoil myself with a cocktail, right?

Life can't and shouldn't be on pause. So, like me, suck it up an move on! Who's with me?