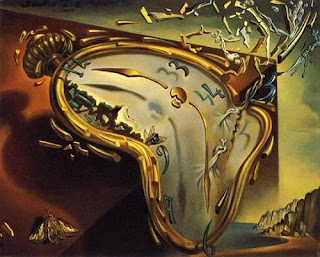 When I decided to write something I could share with others, I hadn’t thought what that really meant. I had an idea, which transformed into a story and I was flying sky-high.

I wrote Dazed, slowly, carefully, and I did my best. Well, that was the best I could do at that time because during the months of writing, I was reading, which is pretty much like studying to me.


So, I was studying other books, other genres, other POV’s and I was learning.  I wrote draft number one, which followed by draft number two and by the time I was at number four, I thought I was heading toward the end.

Then CC came and Draft five and six were born.  Dazed was changing, reshaping and along with it,  I was changing too. The way I was thinking was different, the way I was writing was better. I was able to see those changes, to spot my weaknesses, to know what I needed to fix. I was maturing and I still am. I know I have a long way ahead of me but that’s good. I’m not afraid of the time, I’m not trembling when I read a critique. I’m anxious, I want more people to tell me theirs thoughts, I want to be better, I want to learn.

Now, I’m in the process of writing the seventh draft which includes the biggest changes. I am cutting whole chapters, I move scenes, accelerating the action. Dazed used to be above 100.000 words, but now it’s 92,290 and I’ll cut more.

So, I believe that practice and time are very important factors for us, new, inexperienced, but dreamy writers. I know I am one of them.

How about you? Do you see yourself and your writing changing over time? Share with me your experiences and thoughts.