The Red Room, by Nicci French 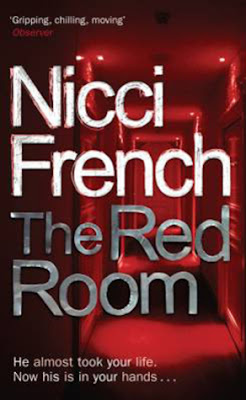 What would you do if you had to return to the site of your worst fears? Kit Quinn is called by the police to advise them on a simple murder inquiry about a young runaway that has been found killed by a canal. But nothing seems simple in this case. Especially when the chief suspect is a man that injured Kit the last time they met.

Will Kit help the police to convict this man?

I found this book particularly strange to begin with. We have a consultant, called by the police to do a psychiatric evaluation on a man that had previously attacked her. I was a bit confused, given that I didn’t know is she would be able to judge him honestly.

Kit though was severe, but just and impartial which surprised me. She focused on the facts and she didn’t hesitate to speak her thoughts even if no one else agreed with her.

As the story goes on, the murder of the runaway named Lianne gets more tangled since the evidence the police hold are nonexistent and yet they are determined to end this story as soon as they can. Another murder takes away all the attention and Kit find herself torn between the two cases.

I enjoyed reading this book although I couldn’t find a connection between the murders. It seemed that the story went from one case to another and every attempt to connect the dots failed.

What I enjoyed the most is that I felt like I was investigating the cases along with Kit and the police and it was a fun ride.
Nicci French created some very good and interesting characters that kept me interested even when dealing with Kit’s personal life.

So, that’s it. Enjoy the quotes:

“The randomness of suffering is unbeatable. Better to believe that people are responsible for the things they bring on themselves.”