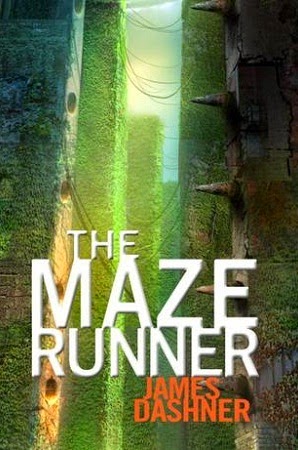 That’s on the back cover of The Maze Runner series and of course, it hooked me. Thomas wakes up in an unknown place, with no memories of his life and a bunch of teenage boys looking at him weirdly. Who is he? How he got there and what’s that place anyway?


Soon enough, Thomas learns that outside the towering stone walls that surround the place that called Glade, and it’s now his home, there is a limitless ever-changing maze. And it’s the only way out. But no one ever made it through alive.

And then a girl arrives. The first girl ever. And the message she delivers is terrifying.

Having read this synopsis I was so, so much excited to read this book. Terrifying messages, teenage boys in a tough situation, a maze with lots of surprises and dangers … well, that speaks my name.

The book gets right to the point and I found myself eager to know everything. At first we are as confused as Thomas, but as he learns more stuff so do we. The Glade seems to be in total control from some people who never communicate with the boys. They send food, clothes, but they do not open the doors, neither give them instructions on how to leave the Glade.

A community has been created and everybody has a job. But Thomas has a feeling that he needs to be a runner and explore the maze. He feels strange as many places look familiar even if he has no memory. One thing is for sure. There is something wrong with the Glade and he is determined to figure it out.

There is action, there is death and there is mystery. Every chapter has a new surprise and the developments keep the reader on edge. That’s what I love in a book. Constant chaos but in a beautiful and organized way. Thinking I know everything, but then realizing I don’t.

James Dashner, wrote an amazing book. Every characters is solid, strong and the story is so real and intense.

I got attached right away. The boys have their unique way of talking and that makes the book more real. I loved that they are in trouble, in pain but yet in so much control despite the situation they live in.

And the ending? OMG … it’s not that I hadn’t figure it out, but it was the best ending for book one and I’m glad that I wasn’t disappointed.

And here’s a small taste:

Thomas cried, wept like he’d never wept before. His great tracking sobs echoed through the chamber like the sounds of tortured pain.